Can we please skip this year? Everyone will be so glad to see the back of it in a few weeks time!

I think of you all with care and love, praying for your health and safety. Back in January and February I just thought it was a China problem and was horrified that the centre of it all, Wuhan, was only 300km north of us. And when April arrived we were so relieved that case numbers here were drastically down. Here in Changsha we just had around a 100 cases (mostly in our part of town) and two deaths. We’re so thankful that since then there’s only been one new case in our province and that was last month for a new arrival in quarantine. We had no idea it was going to be so devastating for the whole world. Lord have mercy. Fingers crossed that the vaccines will help though it’s going to take months for them to get distributed and for populations  to get immunised.

We’ve only been out of town once this year, back at the end of May. Again so thankful that things were safe enough for us to travel. But it was cut short a bit (2 days rather than 5) because some venues required blood tests for foreigners to ensure safety for everyone else. Since results take a couple of weeks to get back, that wasn’t a route we could take. But still so thankful everyone was being careful. And it was nice to get out even if most of it was in the car driving to and from Jiang Xi, (about 2/3 of the way from here towards Shanghai).

Naturally our singing classes got cancelled. The semester ended anyway at the beginning of January, so it never started up again until September. Our teacher was doing online courses but my limited Chinese meant  I couldn’t understand a word. Classes in place are very different where I can see from her demonstrations what she’s getting at and Yvonne kindly fills in with necessary details through her translation. We’re so glad to be back, and safe, particularly as singing is one of the most dangerous activities Coronavirus-wise. All those aerosols going out at extra high rates because of the singing. And we have our usual end of term concert on 27th December and I’ve been asked to do two songs in addition to the big chorus. One solo and one duet with the teacher. I think I’ve learned the words and music, but being put on the spot it a bit different from practicing in the safety and anonymity of our home! The duet is apparently a popular song right now so everyone will know it and know if I get it wrong!!

I have local friends from here who went to Scotland for 3 months in March but have been stuck there ever since. Perhaps it’ll take until March 2021 before they’ll be able to get back. China has cancelled all return international flights for foreigners except for the likes of Embassy staff.

We’re thankful that Yvonne’s parents are OK though being in their late 80’s are obviously getting weaker. But we were able to have them and her brother and family over a couple of weeks ago. We went to our usual inexpensive restaurant underneath the railway bridge, which is always good. Unusually it was pretty empty but the food was even better than usual. Perhaps a bit hotter than usual (the cuisine in Hunan is spicy)!

Yvonne’s daughter Shu Fang is still managing her bubble tea shops and has now started a third! I’m so impressed. The DianDian teashops are very popular. When she opened her first 2 years ago, there were about 20 others in the city. Now there are over 60. So VERY popular. She was able to stay open throughout the dark times of February and March by following the usual safety measure, social distancing of customers, mask-wearing and temperature taking (staff temps being recorded 3 times a day) etc etc.

The cats are all fine. Chubbies finally lost all use of his back legs about a year ago, but is a happy little chap. Of course I have to do the walking for him every few hours day and night. He’s very good at telling me he needs something or other so accidents don’t happen too often haha! He continues to be excited at coffee time and eagerly awaits his treat of a bit of bread from my plate. We get what they call Cheese Bread here. I don’t think it actually got cheese in it but certainly some egg. Chubbies definitely prefers the bits with egg in it, sometimes leaving the dry bits!

We had our annual  health checks back in July. I needed one anyway to renew my driving license now I’m 71. But the doc said I should cut down on the alcohol so I’m down to a beer or glass of wine every third day rather than every other day. No particular hassle really. Just thankful for good health.

We’ve got our fingers crossed for a UK visit next summer. We obviously cancelled this year’s plans. But the trip might still be in doubt as the experts say that effect of vaccinations will only start to kick in on a wider basis in the summer. I was just reading that British health experts were saying that mask-wearing might still be necessary in a year’s time! We still wear ours here but on a more limited basis – on public transport, in hospitals and cinemas (yes thankfully they are open again). One thing new for me this year has been listening in to live church services on Sunday evenings (for the morning UK services). I generally listen to two, one where a good friend is the curate, and another where their practices are very similar to those of Mennonites despite it being an Anglican church. For those in the know, it’s the Greenbelt church, St Lukes, West Holloway. That said, I have in fact missed the last couple of weeks! And I also listen to a video podcast by Dave Tomlinson, who used to be a customer of mine when I ran the bookshop at the Mennos. Nice to have a personal contact through the wonders of modern technology. 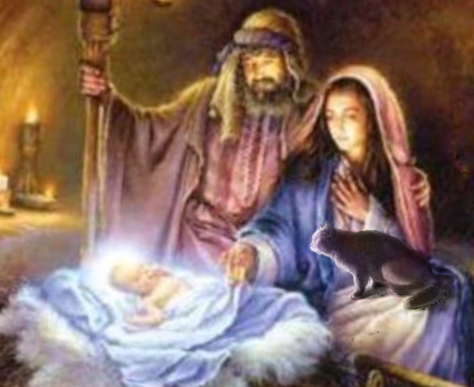 OK. Relax. This isn’t going to be a six page rant by a deranged President.

OK it’s been a big year. Things in the White House… Oh! I’d better not talk about that.

Back home in England there’s also been some politics… Probably better not to talk about that either!

OK, it remains for me to wish you all a Happy and Prosperous New Year.

Thinking good thoughts, I’m so grateful our big baby, Chubbies, is still with us. Back in the spring he had further traumas and we think suffered some brain damage after hitting his head on the coffee table as he fell off the settee. He was paralysed for 12 hours. He recovered a bit but I thought he might not make it past August. Then, despite getting weaker and being almost unable to walk, I thought he’d be unlikely to see Christmas. But he’s still with us. Still adorable and happy despite his problems. The highlight of his day is after his breakfast. When we’re having coffee on the balcony and indulging in some soft gooey sweet Chinese bread he pricks up his ears and struggles to join us, often falling over several times. But he knows he’ll get a treat and stares up adoringly at his daddy!

The other four, Mr Jack, Miss Chili, Yoda and Miss GeGe are all also adorable. GeGe sleeps in her cosy little bed beside ours and wakes us up in the morning with little kisses and meows. She came to us in the spring and is a beautiful Golden British Shorthair.

We know the weather in the UK has been awful this autumn but it’s been quite pleasant here. This last week the temperature has dropped and we at last switched on the underfloor heating. The fur babies love it! It’s still not really cold, just 8C, but I put on my fluffy lined winter trousers which make it nice and toasty when we go out. I can’t believe I grew up wearing shorts until the age of 12 in the middle of winter (when winters were a lot colder). Shorts here in Changsha are the order of the day from May through September/October. No longer!

Yvonne and I crossed off a bucket list item in April to celebrate my 70th. Only a short trip but memorable. I was surprised how clean Tokyo was. And not a waste paper bin anywhere in sight. Everybody takes their rubbish home. A model to follow!

We’re still going to our singing classes but I’ve been relieved at not having to do any solo’s in public this year. The last special event was a couple of weeks ago, singing a patriotic song in the opening ceremony of the local finals of ‘It’s a Knock Out’ type of competition. Lots of parades, military escorts and flags etc. And unbearably cold at 07:30 in the morning. Just in our shirt sleeves and dresses for our bit, we performed physical jerks to keep warm before we got ‘on-stage’.

I do miss the Highgate Choral Society and singing those big classical masses and requiems. So grateful for having had the chance to take part in them for 10 years. There are symphony concerts here but I can’t remember the last one I went to. I haven’t been following the programme of events as I used to.

Yvonne continues to complain about the amount of time I spend on my phone! Most of it is to do with photography. I’ve done some Udemy courses in editing stills and also a bit of video but I’ve not majored on the latter. I contribute regularly to a Facebook photo page which is a mutual self-help group. Lots of constructive crits and examples about how others might edit your own photos. A great learning experience.

I’m writing this on a new iPadAir3, a generous gift from Yvonne’s daughter Shu Fang. I’ve located the old one (still many thanks to WGMC for their generous gift), next to our fish tank (no fish, just plastic plants etc). I’ve got a Fish app on the iPad including some sharks so I can compete in a way with a Scot’s friend who keeps REAL fish!!!

I’ve also got a new pair of Apple’s latest cordless earphones. They’re great and so much better than a single cheaper earphone which never worked properly with phone calls.

Another short trip we made was to the world’s longest glass bridge. We thought we were going to it last year but ended up booking on the wrong tour!!! In the end it was a lovely setting but not as scary as a much shorter one we’ve also been on! It seems the Chinese have a fascination with glass bridges. Hunan has another 3 of them. Do they have them elsewhere?

As I mentioned earlier, Merry Christmas and a Happy New Year from us both

A selection of this year’s photos

And for my occasional ramblings 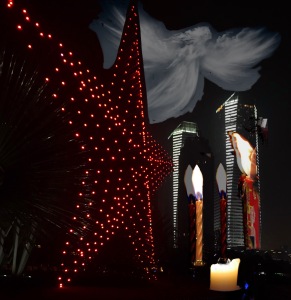 Please click on the image for this year’s Witterings 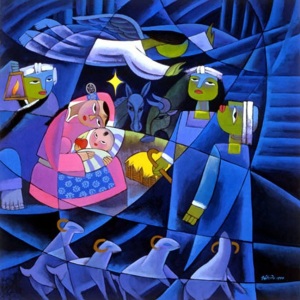 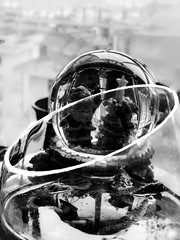