Ah! Can I write my annual Witterings without mentioning the unmentionable??? I’ve started to get Christmas letters so I know it’s time to put pen to paper, fingertips to keyboards!

One of the biggest changes for us has been the inclusion of Yvonne’s parents in our household. They’ve been here for about six months now and I THINK they’re pretty happy. And today (12 December) they should be happier since we’ve switch on the heating for the first time this winter.

I’m so pleased they are here with us and have Yvonne’s company and care, and not just help from a care-worker. But with the extra two in the house we’ve got someone to come in 6 afternoons a week to cook us an evening meal, giving Yvonne a bit of help. I’m afraid I’m next to useless in a Chinese kitchen. About all I can manage is to cook frozen chicken and open cans for the fur babies. And I’m sure our furry family will be pleased with the latest switch on. There are a couple who really relish a warm floor!

About 6 months ago we lost our darling Miss Gege who had been with us for 2 years. Such a sweet baby. She’d sleep between our pillows and in the morning would let out a gentle meow to say good morning, and then very gently touch my chin with her paw. Such a beautiful and sweet little thing. It was heartbreaking to lose her to an unexpected heart attach which the vet on the ground floor couldn’t save her despite getting her there within 5 minutes. Just 4 years old. We cried our eyes out.

But not long after, we had a knock on our door from a neighbour in an adjacent block asking us to take in her daughter’s cat. So Miss Coco arrived to bump numbers up again to 5.

Then,,, then,,, we were asked by a breader to take one of her new offsprings, and Mowgli arrived. Just about 3 months. He’s such a gregarious little fellow (though now much bigger) and has made friends with all the others, including Miss Coco who’s very much an introvert. So 6 now! I think that qualifies us for being crazy cat parents!

We’ve continued our singing classes and I’ve now joined a second more advanced class. We have our end of year in-house concert in about 10 days time and one of the others asked me to sing ‘You Raise Me Up’ with him. Thankful the words are few and already familiar so it’s just a matter of singing it properly. The classes of course have their own songs to sing as a group which requires memorization of the Chinese words. I do make a point of translating them so I know what we’re singing about, but, over the passage of time I tend to forget the precise meaning! Yes I recognize more characters now but still nowhere near enough and my listening/comprehension skills are pretty rock-bottom. I’m humbled that everybody is so patient and friendly toward me even though my language skills are so poor. At least, being an introvert, I don’t mind not being able to hold conversations!!!

We had our big annual concert in July which had a theme of celebrating the 100th anniversary of the CCP, so our song was duly patriotic.

And while we’re on music, I got to hear LangLang live back in April. Such a privilege to hear a world class pianist perform Bach’s Goldberg Variations right here in Changsha in the big concert hall. I didn’t know the piece until I downloaded it a few days before the concert. How had I never come across it???

While we’ve not organized any substantial holidays this year we have been ‘treated’ by our life insurance company here which has provided 2x 3 day trips. First to a town Yvonne and I visited when I first met her back in  2009, and later to Suzhou, near Shanghai to the ‘Venice of the East’. Both wonderful trips with happy memories. And so nice not having to do any of the organizing!!! Funny that they both involved the significant presence of water!!!

I’ve continued my interest in mobile photography and have ‘graduated’ to exploring and using the Lightroom editing app on my phone. I’ve done a couple of online courses to help me become familiar with it, and am very happy with the results it’s enabling. I’ve also been included by a developer as one of their beta testers. Nothing fancy but just getting the chance to try out a new version of an app designed to ‘repair’ photos, or remove unwanted objects. The developer tells me that it should be launched this coming week.

The cameras on mobile phones these days are so good that I hardly ever use my compact any more and haven’t even taken it away on holiday with us. Yes it can still do things the phone cannot (14x zoom for instance) but it’s not often I need that. What I’d love to be able to do is to take some night time shots of the stars but the pollution levels (both light and air) mean that it’s hard to see anything but the moon. But, watching some experts on YouTube, if you’re in the right place (in the middle of nowhere in Australia for instance) it’s possible to get stunning images of the milky way; and just with a phone!

Here’s one he took with the same phone as mine
https://www.instagram.com/p/CNBabXhnxsY/

OK, enough of this drivel, wishing you all a very merry Christmas and New Year, especially to those friends of mine who’ve been bereaved this year. I know the first Christmas without your loved one will be really hard. Grace and Peace 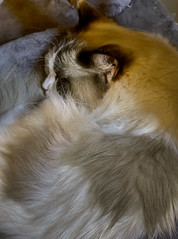 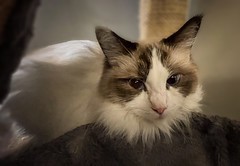 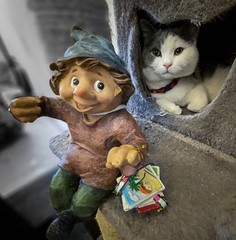 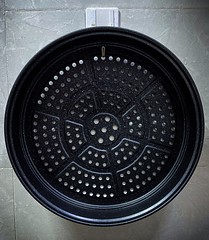