Suffer from ‘blank sheet of paper’ syndrome? Oh the pain of just getting started! Do artists suffer the same condition? Perhaps not as they presumably have a vision for marking the canvas before they start. My ‘vision’ seems to happen once I’ve actually started and ‘unfolds’ in my fingers as they hit the keys.

Yvonne and I have already spent 2 of our 3 months here in the UK or round about. It’s been wonderful seeing everyone but we do miss our fur babies a lot. My sister-in-law understands this and sends us daily short videos of ‘our boys’ which we replay again and again. Yes you can groan and roll your eyes! My sister calls us ‘soppy’. Guilty as charged! Since we miss them I’ve had to look for substitutes and have visited ‘The Bag of Nails‘ pub in Bristol which houses 12 live feline specimens as well as a reasonable fare of various consumable liquids. (https://www.facebook.com/Bag-of-Nails-Bristol-180172875383888/?fref=ts)

As well as missing our cats we’re also missing our new house (apartment) which we’ve partially moved into but not yet ‘overnighted’ yet. If you’re a Facebook friend then you’ll already be tired of that story. But we’re excited that we’ll be moving in by the end of January and giving Jack and Yoda a first taste of their new home. It is sufficient to say that we’re both extremely grateful that we have such a large and lovely place that we can call our new home.

One of the things we’ll be delighting in will be our new oven (a rare piece of kit in China). I’m sorry that I have to admit that I’ve not yet learned to cook Chinese style just on two burners. I think Yvonne is looking forward to me doing a share of the cooking at long last, so now I won’t have one of the big excuses I’ve been putting up for the last 18 months. It’ll also be interesting to find our how many expats come out of the woodwork when they find out that we have the capability of doing a Sunday roast in the future!

Our European sojourn feels quite indulgent in that we’ve already had 3 ‘holidays’ (upto Edinburgh and back, a few days in Rome and just now in Amsterdam, to be followed by Barcelona in the new year). One of the things I’m discovering about myself is that I don’t like spending all the time doing ‘touristy things’, like museums and ancient buildings, but need to walk the streets and take in some parks. But it does require me to battle with a sense of guilt since I’m not ‘seeing everything’. Happily Yvonne feels the same way. The biggest lasting memory I’ll take back with me will be the visit to Anne Frank’s house. Sobering. On a more trivial level there’s the gelato in Rome and coffee in Amsterdam. I’ve got too many photos on various albums on my Flickr page at www.flickr.com/photos/willnewcomb/albums 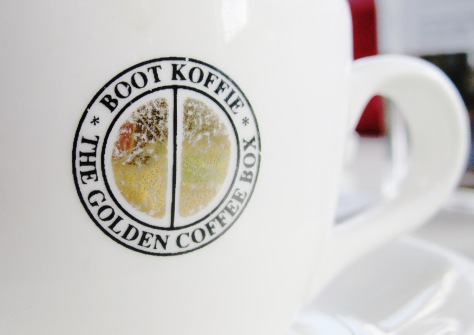 One regret has been that I’ve failed to take photos of everyone we’ve met up with or stayed with. I got so caught up with catching up that cameras and iPhones have taken a back seat (yes I know you don’t believe it)! And there are still folk that I’ve not seen but wanted to. (OK, I’ll get nicked by the grammar police. Who’s going to be first?)

My lovely sister Liz has let us camp in her spare room for these 3 months over in Bristol. She’s having a holiday to remember in the new year spending 2 months in South East Asia finishing up in China. We’ve decided to join her for her few days in Beijing and Xi’an so we’ll get to see The Great Wall, The Summer Palace and The Terracotta Warriers. Yvonne’s already seen them but it’ll be my first time. Finally she’ll be with us in our new home in Changsha early in March for a few days so it should be quite pleasant by then. Winters tend to be quite like London’s but then it warms are really quickly. Quite likely to be 10C one day and 25C the next in Spring.

And when are YOU going to visit? We have a spare room just waiting for you! April-May & September-October are normally more comfortable and not too hot.

We’ll be back ‘home’ on 22 January and are looking forward to seeing Shu Fang and her cat Chillie (Jack’s sister) who will be producing kittens in due course!

Lots of love to you all, and God’s grace be with you for the New Year.