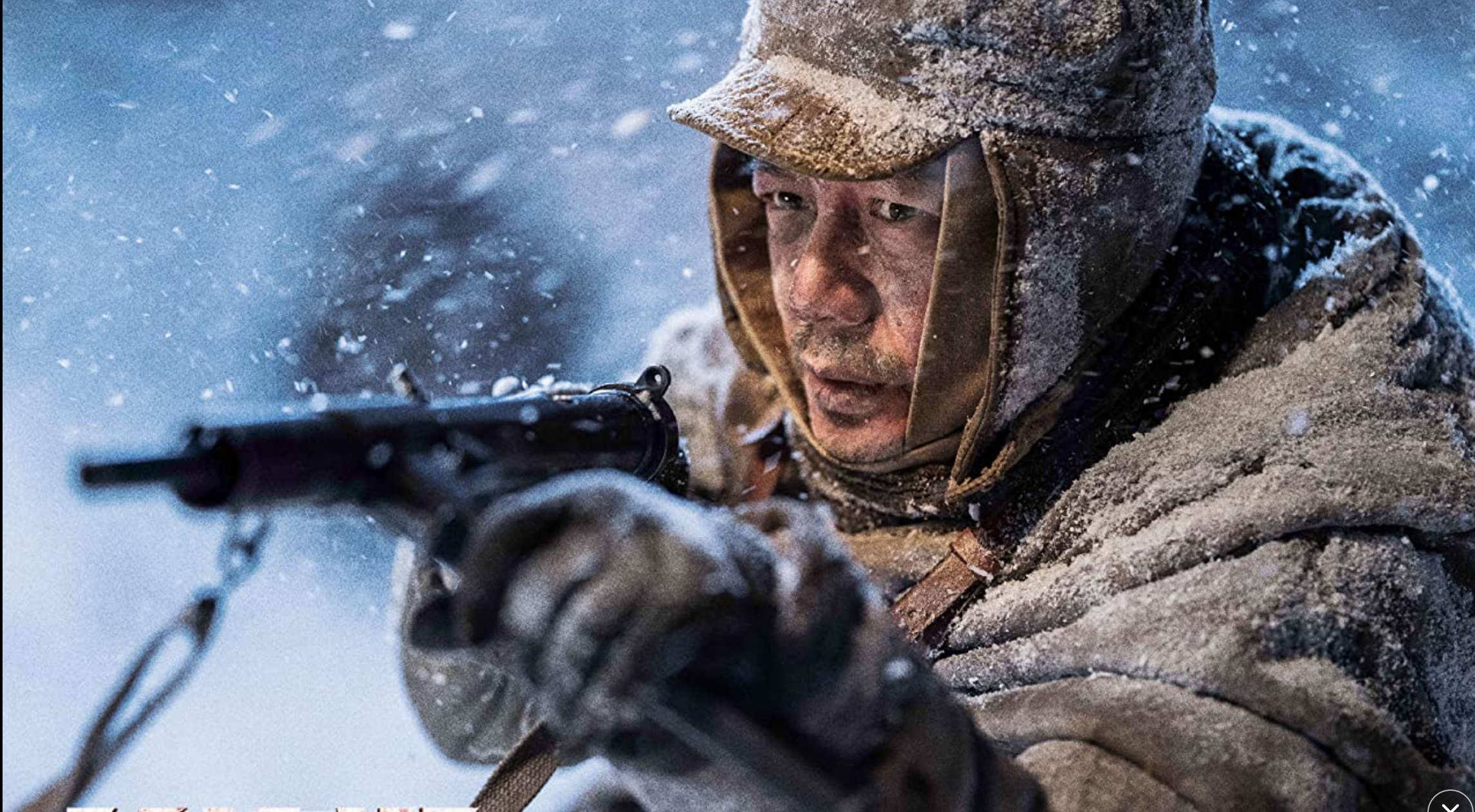 I’m not a fan of war movies, but this week I’ve seen this same movie twice!

First from choice. It’s about the Korean war which I knew nothing about, being too young to have followed the news. But now being in China I thought it might be educational to view this new movie and gain some sort of perspective on their experience and give myself the chance to do a little study of the conflict. My school history lessons concluded with the end of the first world war.

The second time today, was to support my elderly parents-in-law who were invited to a free viewing early this morning. My mother-in-law joined the Chinese People’s Army around that time.

I’m really writing this blog as a means of therapy to settle my soul, which is always disturbed by violent movies, whether they be purely fictional or based around actual events.

This long movie, nearly 3 hours, is set in the autumn of 1950 as the Chinese Peoples Volunteer Army (PVA) entered the fray in September and concludes with the battle of ChangJin Hu, also known as Chosin Lake. Like most movies, it tells the story through the eyes of a commander of the PVA and the build up to the climax which effectively ended the UN land campaign in the north of the country, north of the 38th parallel.

We aren’t told about the north’s campaign south of the 38th which started the whole damn mess months earlier in June. In fact, we’re hardly told anything about the North Korean campaign at all. This is about the conflict’s relevence to Communist China, itself being just a year old. If you get to see the movie, pay close attention to the dialogue (in sub-titles) in the first 10-15 minutes. This gives a brief but comprehendable reasoning for the Chinese participation.

While it took months for the PVA to reach Changjin Hu, the movie feels like one long battle. The Chinese forces on foot pitted against the enormously experienced and well equipped American troops. No mention of British or forces from other nations making up the UN campaign. Understandable since this war is known in China as the American War of Aggression.

And we’re not told much more about the remaining 2.5 years of the war or even the Dunkirk-like evacuation of American troops from Chosin Lake etc.

Taking a grand overview, it does leave me with a feeling of the futility of war and the hypocracy of all of the participants. At the start, the North invades the South to unify the country. Months late, the UN forces cross the 38th in order to unify the country!!! And it all ends with a stale-mate and cessation of hostilities but no peace agreement.

And reading more about the war emphasises the horrific level of casualties involved. Wikipedia opens its section on casualties thus:
“Approximately 3 million people died in the Korean War, the majority of whom were civilians, making it perhaps the deadliest conflict of the Cold War-era.”
Nobody comes out of it looking good.

As a movie, it is beautifully filmed and well acted but lacks convincing significant personal storytelling. And has a vast cast; extras numbering up to 70,000. And in China has been very well received and become a block-buster within a week of opening.
See the Internet Movie Database for details

For a full review, see Jeremy Clarke’s blog at
Battle at Lake Changjin