I live in Changsha, Hunan, I have zero medical background and zero access to independent sources of data on the pandemic in China.

What I can say, is to give my perspective as someone on the ground.

I hear comments everywhere on the Western Internet that China is in trouble and that ‘Zero Covid’ is unsustainable. Even the WHO have put out such statements.

Firstly, please note that some time ago ‘Zero Covid’ was replaced by ‘Dynamic Zero Covid’. They are different. Have you bothered to find out what the difference is?

China is NOT underestimating the seriousness caused by the latest Omicron variant. I note other countries, such as the UK and its govt, are putting out messages that they’ve ‘beaten’ the virus. That’s from a country of 68m and the latest ONS survey states that about 100/day are still dying from Covid and still has a prevalence of about 1 in 53 . Whereas mainland China is STILL putting out messages that this is still a very serious disease and to be treated with the utmost caution. And out of 1.4b inhabitants, yesterday there was 1 (one) fatality. So serious that my family and I, along with 10m others in our city, have been tested 8 times in 6 weeks, when the highest number of still infected persons reached 68 (and currently that has come down to 7) in the provincial population of 66m. And I have read that China currently has the capacity to carry out over 50m NAT (PCR’s are a type of Nucleic Acid Tests) a day. They’re pretty rigorous about contact tracing but the testing goes way beyond that to whole communities. And in the UK you can’t even get a free test and even the paid ones cannot be reported if positive; the only recorded tests are done on hospital patients, so govt ‘case’ figures have no connection to prevalence in the community. At least the UK still has the ONS, although other truly ‘world-beating’ studies/surveillance such as REACT and ZOE have had their funding completely axed.

Yes, the world has noted the extremely severe lockdown in Shanghai along with its consequences both for the residents and for the world economy, particular related to computer chip shortages. But the severe restrictions have dramatically slowed down the spread of Omicron. Note that this variant arrived in China at exactly the same time as the UK, early December 2021. Within one month, Omicron had completely taken over the whole of the UK, putting it into the worst incidence rate of the entire pandemic. Right now, nearly 6 months on, outbreaks in China are limited. Yes, Hong Kong has been devastated with some of the highest infections and death rates in the world. But incidence has come right down to around 300 cases/day. Yes and there’s been Shanghai, where in a population of 25m its current infection levels are now around 1,000/day and yesterday one fatality. Yes and there are other outbreaks in Beijing (less than 100/day) and Tianjin (32/day).

But China is being bloody careful. Here in Changsha EVERYBODY is still wearing masks on the bus and the metro, and most people even wear them outside. We have electronic health cards on our phones which record vaccine records, dates of latest tests if within the last 10 days, and travel records (via the phone network providers) showing if you’ve been an an area of high risk in the last 14 days. These are scanned in every major building, most shops and every Metro station. Until recently they were scanned on entry to the buses.

An example of Chinese caution: 606 medical workers just returned from Shanghai where they’d been for over 5 weeks, helping with the response to the Omicron outbreak there. On arrival back in Changsha, they immediately went into a quarantine hotel.

It is my perception that the WHO and most Western commentators never think about the big picture and the impact of restrictions has had on the spread of the virus. If China followed the example of the west and abandoned its Dynamic Zero Covid policy and other NPIs, it would be devastated. Applying the UK/s death rate/m to China would result in 3.5m deaths. But China is not going to let that happen, not without a big fight anyway. Because China has dramatically slowed down Omicron, it has a large section of the population which is relatively unaffected and can provide help for those areas under stress. 40,000 were able to move to Shanghai to provide support for healthcare, testing etc. If Omicron was everywhere, no help could be provided.

China recognises that the pandemic is not over for anyone until it’s over for everyone. Not just everyone on the world-wide scene, but internally here in China. Moving from province to province requires testing. 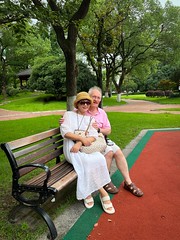 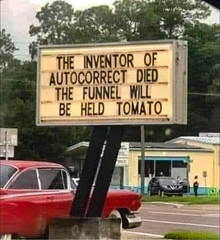 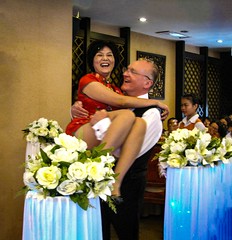