Today is one of those days that you hope will never come. This morning I heard that my dear friend Alan Kreider died yesterday, May 8, at 08:08.

I first met Alan in the late 70’s! A mutual friend suggested that I really ought to meet him some time. I had been spending some time thinking about my faith’s response to violence and war, and Alan was a major thinker in the UK Christian world on that subject. At one time he debated on The Arms Race with the former Chief of Defence Staff, Sir Neil Cameron, at the church I was attending. Sir Neil, like Alan, was a committed Christian who tried to allow his faith form his opinion on social and political subjects. As it turned out, as a debate it lacked a certain something. Quite early on in the discussions, Sir Neil lost his voice! I wonder whether it was the surprise response Alan gave to one of his key points: Take care lest we forget (with particular reference to the traumas to two world wars, that we dare not forget the suffering and commitment so many made to opposing tyranny in Europe). Alan reminded Sir Neil that the text was taken from the Hebrew Scriptures (Deut 6:12 “…take care that you do not forget the Lord, who brought you out of the land of Egypt, out of the house of slavery” NRSV), and explained that the warning was not to forget that it was by God’s mighty hand that the children of Israel were delivered, not by the force of men.

But one of my first formative meetings with Alan was at a study group on War and Peace hosted by The Shaftesbury Project, which Alan and Neil Summerton co-chaired. The gathering, though small, was quite a heady bunch, including a general, some with Doctorates in War Studies, teachers, Navy Chaplains, and one lowly ignorant civil engineer trying to make sense of his faith and world issues (your’s truly). It was a fascinating Saturday’s study where I just sat back and tried to absorb as much as I could from these learned people while having nothing to contribute myself. The gathering concluded around 4 in the afternoon so I made my way to the nearest MacDonalds (confession time) on Oxford Street for a strong coffee. I was somewhat surprised when Alan turned up and sat with me (somehow I imagine he must have been drinking tea rather than coffee)!

He inquired of my perspective on the meeting that day. I recounted that I found it incredibly useful and stimulating but that I’d probably not come again because it was a ‘study group’ and as such was on a completely different plane to where I was at and that I had nothing to contribute, being a ‘beginner’. I was completely taken aback by his reply. “The group will have to change then!” What!!!

As it happened, I did return to the group and eventually found my place where I could contribute, not by adding to the content of the message, but by helping with some practical matters of producing and distributing materials which the group had developed.

Such was Alan’s grace. He valued ‘a nobody’, and it made a huge impression.

A few years later I went on to join his church, the London Mennonite Fellowship (which later became the Wood Green Mennonite Church). The early months of attending the congregation were incredibly meaningful for me. I was a bit depressed at the time, and being an introvert found it hard getting to know new people, but Alan seemed to give me a great deal of his time. After worship together in Highgate and a simple bread and soup lunch (served by Liz and Bill Barge) he’d often take me off for a walk and a chat in the beautiful green spaces around that part of Highgate, North London.

He and the church mentored and helped to bring me inner healing and spiritual challenge! As such, I have no hesitation in describing him as the most important influence on me in my adult life.

So now he has gone.

I feel a piece of me has died.

Well, not died, but taken on a new form. Even though I’d not seen him for about 4 years, what he gave me lives on and I hope is bearing new fruit. Only others can say whether that’s so or not.

He modeled so much of what I understood the gospel to be; not just teaching it, but living it out. While I still have a long way to go I’ll never forget something (actually there are many things) he once said. Hold on to those you might regard as your enemies. Sounds like Jesus talk to me!

I’ve often heard that as Christians we must sing praises to God at all times. Such things are pretty difficult. But whenever I would ask Alan how he was doing, he’d always reply “I’m grateful”. Not in a ‘happy-clappy’ sort of way but in a gentle, thoughtful, meaningful way which conveyed that he had a ‘renewed’ perspective. I’ve tried and am still trying to model that myself. I think Alan called it ‘re-reflexing’; cultivating new responses in a way that they become habit-forming.

So I’m grateful, for the life of this lovely man.

Perhaps he’s grateful too with his ‘new body’ now that the old one has perished. And it seem entirely fitting that he died on 8th May at 08:08, knowing that he’d named his house “The Eighth Day” with it’s reference to future things, resurrection, assembly and completion. 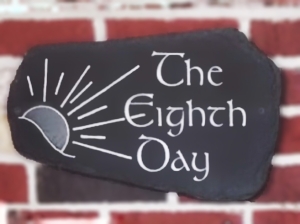 So fare thee well, Mr Grateful. I’ll miss you but never forget you.

And many blessings to Eleanor, Andrew and family during the difficult days ahead. 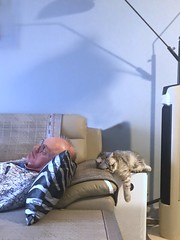 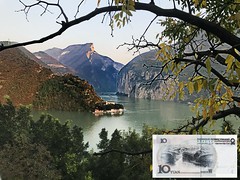 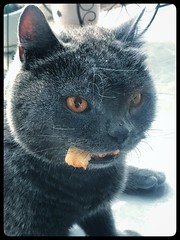