This is MY blog so I’m going to have a rant!

Ever been so angry you’re spitting blood?

Well that’s precisely how I feel at the moment after the most gigantic constitutional cock-up in modern times in the UK.

I’m angry at almost every section of the community I can think of.

Angry at Cameron for playing poker with the constitution in order to ‘bring into line’ his right wing UKIP leaners.

Angry with Labour for not making sure that the terms of the referendum were adequate. If a golf club wants to allow women members it has to have a 2/3 majority in favour before it can go ahead. Isn’t it at least reasonable that 60% should have been originally required before a major change in the constitution could be made?

Angry with the Brexit leaders who conveniently went back on all their promises within a few hours of the result being announced. And angry that the yellowbellies promptly resigned and refused to face up to the consequences of their actions.

Angry with Labour for being so pre-occupied with their own internal politics that they forgot to slam the Tories.

Angry with so many Leavers that they appeared to ignore the facts and the experts in favour of a ‘myth’ perpetuated by the right-wing red-tops over the last 20 or 30 years.

Angry at the disgusting racism and xenophobia that have been exhibited following the Brexit result.

Angry that this Brexit result has probably put an end to the UK as we know it. I’m sure Scotland will push ever harder now for independence. And the North of Ireland?

Angry that the people least affected by immigration (the biggest argument for Brexit) were most pro-Brexit and vice-versa. My old area of north London has a huge and divergent community of immigrants (Turkish, Greek, Polish, West Indian etc etc) and it voted 75% to Remain.

Angry with the young who failed to turn out in the numbers that could have made a difference.

Angry with the old for being so insular (and I note that there were several ‘vets’ from WWII who were vociferous Remainers).

Angry with hypocritical business people (like James Dyson who was very happy to take EU money for development but then went and moved his factory to Malaysia at the expense of British jobs AND called for Brexit)!

Angry that the Brexit result has caused major financial upheavals right across the globe.

Angry with the government who set up an ‘advisory’ referendum but then refuses to allow the House of Commons to vote and choose the legal course of action.

And personally angry that the dive in the exchange rates has caused a huge drop in my pension. Who knows what will happen to my pension ‘pot’ with the huge slump in the stock market.

And a few things to be happier about?

Happy that people who have come to the defence of the victims of racism; those that contributed £1,000’s to enable a fire-bombed bakery to get back on it’s feet; those who have stood up to the numbsculls who verbally abuse minorities on public transport.

Happy that Sadiq Khan and Mervin Rees (mayors of London and Bristol) who have come out and given statesman-like callings for the different communities to pull together and to care for each other (but why haven’t the party leaders been doing this? – OK Nicola Sturgeon in Scotland has been doing a fine job).

Happy that a Brexiter foresaw a small majority result and set up a petition calling for a 60% majority requirement for a second referendum. I know he’s not happy since he never thought Brexit would win and that Remainers would be signing his petition. But his concept was correct.

Happy for personal life: my wife; my cats; my friends; my home; my health; that I’m not homeless, on the street or suffering from addictions.

And I have one more prayer

The USA, are you listening? The British have been extremely stupid over the last couple of months. Can you learn something from us? PLEASE come to your senses and reject Trump. [Edit 2016-11-11. America! What have you done?] 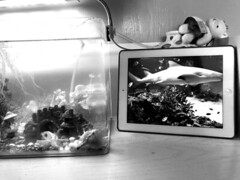 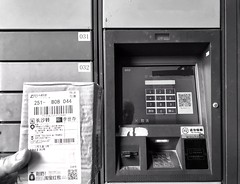 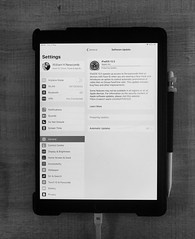